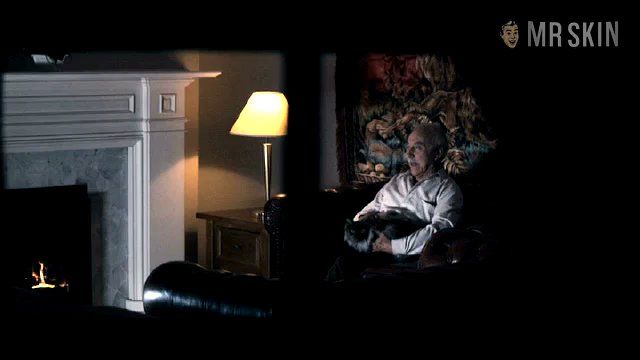 Kristi-Lee Kalendra spends most of her time behind the camera. She's spent over a decade as a professional makeup and hairstyle artist, dolling up models and actresses for Australian fashion shows and film shoots alike. Kristi-Lee made a rare foray in front of the camera in 2009, when she co-starred with Tahyna Tozzi and Peta Wilson in the mystery movie Beautiful. But it's no mystery what sets Kristi-Lee apart from her co-stars. They're blond and she's brunette for one thing. But more importantly, they both stay clothes while Kristi-Lee bares boobs and beaver as a "naked woman ironing". And for Mr. Skin, that has made all the difference.