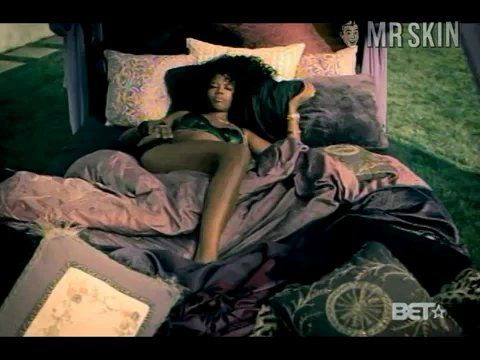 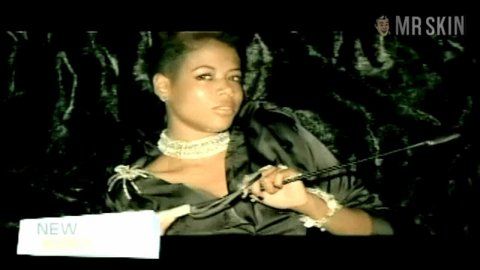 Born in Harlem, a tempting blend of African-American and Puerto Rican/Chinese heritage, musician Kelis Rogers proves the darker the berry the sweeter the juice. A past member of the Girls Choir of Harlem, Kelis has since given up the divine for the far more divine world of secular music. She formed a vocal trio called BLU, which stands for Black Ladies United, which got her a gig singing backup on The RZA’s Gravediggaz project. Her solo work has been propelled by the hit-making producing team called The Neptunes, which has made Kelis a star. That stardom has gotten her a rapper for a husband, the very lucky Nas, and super-hot videos, such as the kinky Bossy (2006). Kelis can tell us what to do anytime.