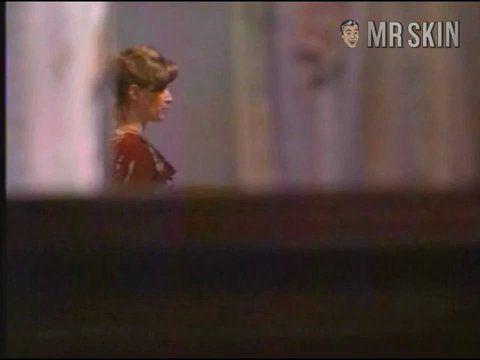 Kate Greenhouse started her acting career out with rather humble beginnings, first appearing in 1995’s Terminal Rush, followed by a less-than-stellar turn as “Reporter #1” in 1996’s Spill. However, after a wonderful stint on the hit Canadian series Traders, Kate’s career took a bit of a jump, and she landed some meatier roles in flicks like External Affairs and Caracara. Her only nude scene was in the 1997 Canadian picture The Assistant, in which she played yet another supporting role. The scene in question is rather brief, but showcases a nice side-shot of Kate’s breastage as she removes her flannel. The movie more or less sucks, but that one scene saves it from complete and utter suckitude.