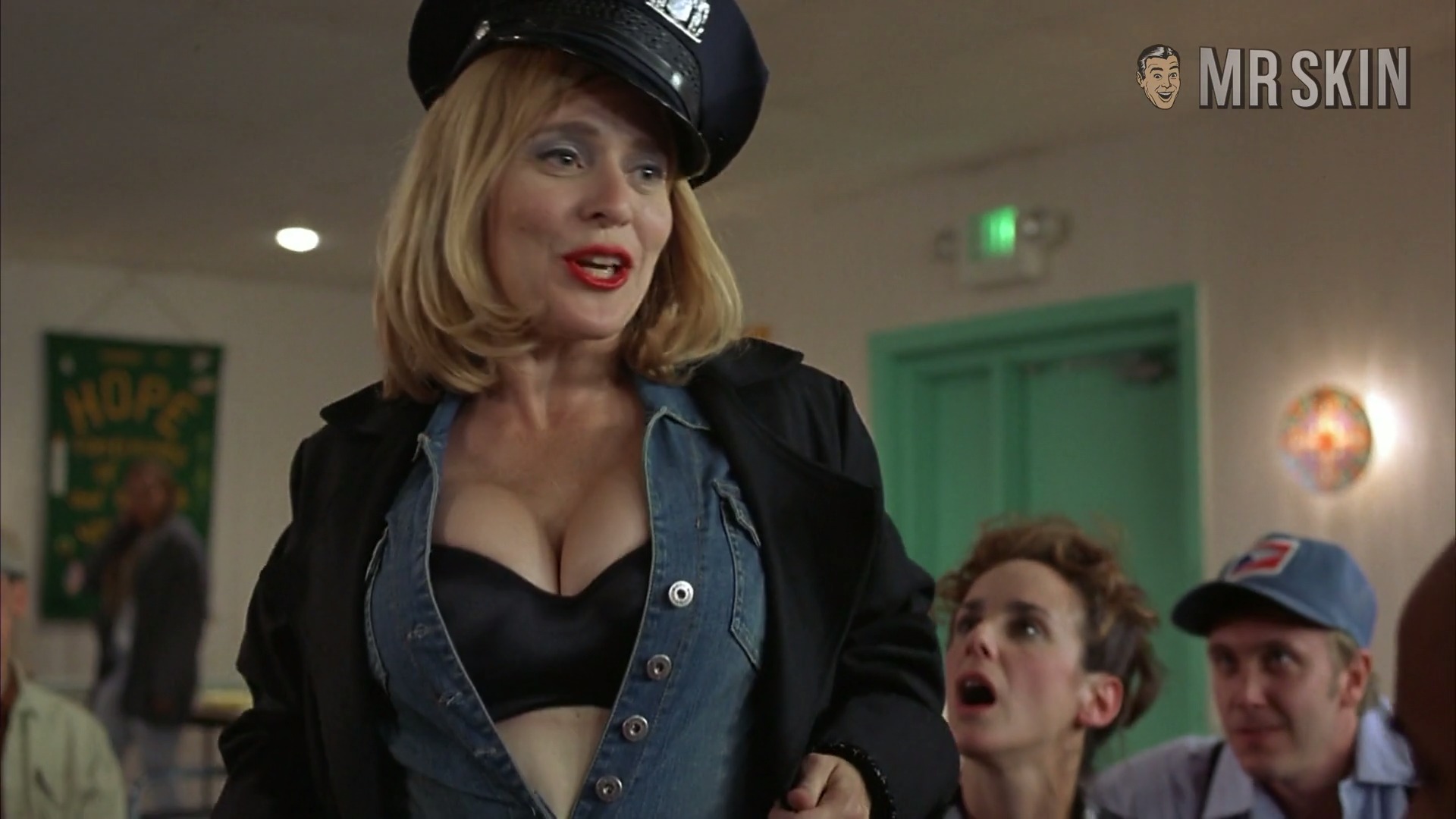 A Dirty Shame (2004)
Sexy, underwear 01:00:15 Jewel Orem showing off her black bra while telling everyone to seduce someone!

Jewel Orem got to play a maid for one of America’s greatest directors in a film about a director. That film is Cecil B. DeMented (2000), directed by shock-master John Waters, and starring Melanie Griffith, in a story about an insane independent film director and his renegade group of teenage filmmakers who kidnap an A-list Hollywood act-chest and make her to star in their underground film. And yet Jewel never shows her jewels. Sadly, she never has, but in A Dirty Shame (2004), her second and sadly last screen credit, she gets awfully sexy in a hot cop outfit.