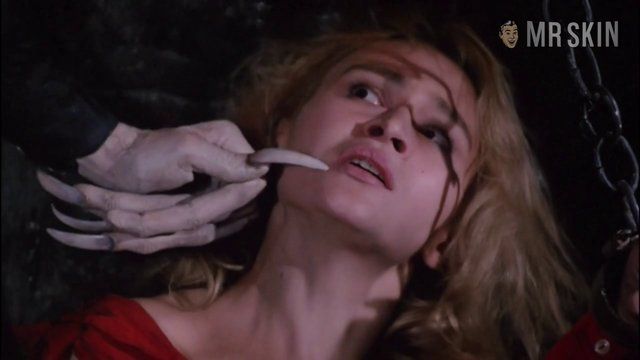 Subspecies (1991)
Nude, breasts 00:53:51 Irina Movila's mangificent mams are out while she's chained to a wall and approached by tiny red monsters. 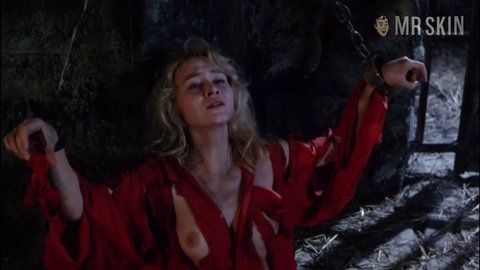 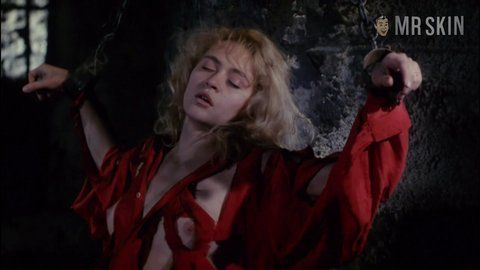 Irina Movila has only about nine screen credits. Her last was in a Romanian drama called Femeia visurilor (2005). She has done a lot of her later film work in Romania, but it’s her debut, an American horror and fantasy flick called Subspecies (1991), that really deserves attention. This story of a vampire villain who returns to his hometown where he steals a precious blood stone. Oddly, the movie takes place in Romania, which must be famous for its demons and its devilishly desirable woman, like Irina, who shows off her tits here in rags while chained to a wall as little demons dance around her. Kinky.