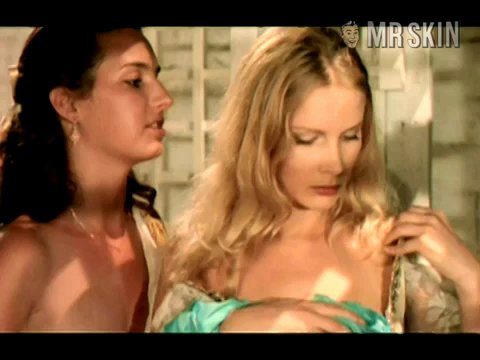 Russian doll-baby Irina Grigoryeva may not have the firmest grasp on the English language, but with her fantastically fine figure and flawless face, it’s not our language that we’d like her to grasp! It was in the 1997 Russian mini-series The Hunting Season that Irina turned her first head, but that was absolutely nothing compared to the softcore debut she made playing Farmer’s Daughter in a 1997 installment of Red Shoe Diaries. Boasting one of the freak-worthiest frames ever to scuttle out from behind the (former) Iron Curtain, Irina quickly found herself cast (and frequently undressed) in movies like Black Sea 213 (1998) and The Gentle Age (2001), although not much comes close to the full-frontal wonder she divulged as that farmer’s daughter! Dayum!