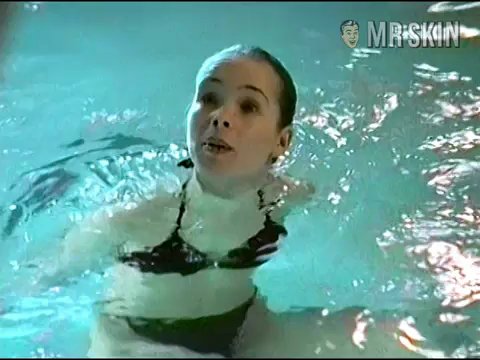 Hallo, Onkel Doc! (1995-1998)
Nude, breasts, butt She exits the pool and whips off her bikini, tossing it at her doctor boss who gets an eyeful of her awesome, awesome ass and each of her briefly bared boobages. Wow! 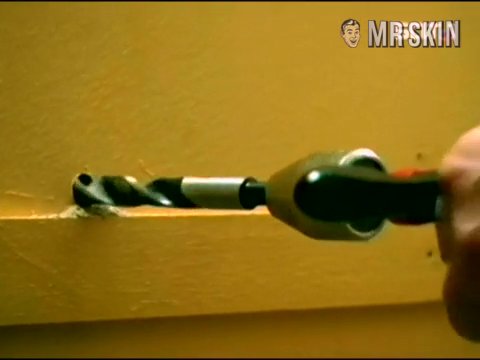 Sylvia Leifheit started her career as a model before being discovered and cast in Roland Suso Richter’s 14 Tage lebenslänglich where she played the bitchy cocaine snorting fiancée of Kai Wiesinger. The movie turned out to be quite a success and earned the young actress roles in TV series like Tanja, St. Angela, First Love – Die grosse Liebe and Die rote Meile, which centers around life in a topless bar in the red light district of Hamburg. Most recently Sylvia filmed the thrillers Schizo and Null Uhr 12 so it looks like she steadily continues on her way to stardom. Of course the owner of a model agency (Most Wanted Models) wouldn’t be here if she hadn’t already shed her clothes in front of a camera every now and then. The first time Sylvia aroused our interest here at Skin Central Germany was only a few minutes into her aforementioned movie debut 14 Tage lebenslänglich where lucky Kai Wiesinger is allowed to take the blonde doggy style after enjoying some lines of coke. Other Skinful credits would be Der Pfundskerl – Alles für die Katz and especially Die rote Meile where she appears naked on a regular basis including lap-dancing and lots of simulated sex. Sylvia’s most revealing role to date was a guest appearance in the popular series Hallo, Onkel Doc! which is like the German simplified version of ER only with nudity. There she goes totally starkers during a shower scene that not only reveals her small-nippled A-cups and perfect backside but also a hint of her dark-haired pet beaver. German TV at its very best!!! Sylvia recently claimed to enjoy showing her erotic side on screen which sounds promising in terms of additional skin credits...make sure to check on her!!!

1 Clip
Nude, breasts, butt She exits the pool and whips off her bikini, tossing it at her doctor boss who gets an eyeful of her awesome, awesome ass and each of her briefly bared boobages. Wow!