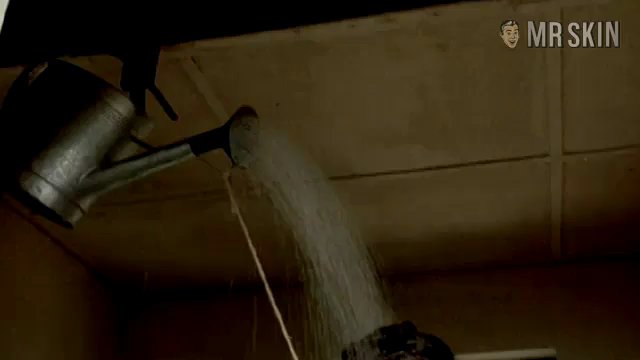 French actress Irene Skobline has a fantastic rack and relatives with a notorious past. Luckily, we get more of the former than the later in her film work which stretched out over half a dozen or so credits in the late 1970’s and early 1980’s.  Irene’s uncle was involved with the abduction of a well-known Russian general, but the only thing that will be disappearing here is your pants as you watch Irene taking a shower in Coup de Torchon (1981). We see her from the waist up as she washes her hair with her perfect pokies standing at full attention. When a guy shows up to sneak a peek she throws water on him and gives an even better look at her petite rack. This French tart with her fully erect nipples will have you committing a Coup de Touching on you private zone!