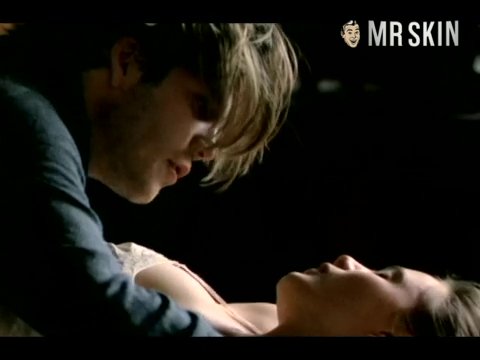 The British and French are not known for mixing well, but in the period thriller Innocent Lies (1995) their differences make for the exquisite drama. The story concerns itself with an English detective who is investigating the death of a colleague in a coastal French town in 1938. There are many suspects, but none as intriguing as Gabrielle Anwar, who is best known to American audiences as Al Pacino's tango partner in Scent of a Woman (1992). She does a dance in this film too--the two-backed beast kind. It's a hot and heated scene that gets the actors so steamy they forget to get completely undressed, but Gabrielle in a bra is one of those innocent lies we'll have to live with.