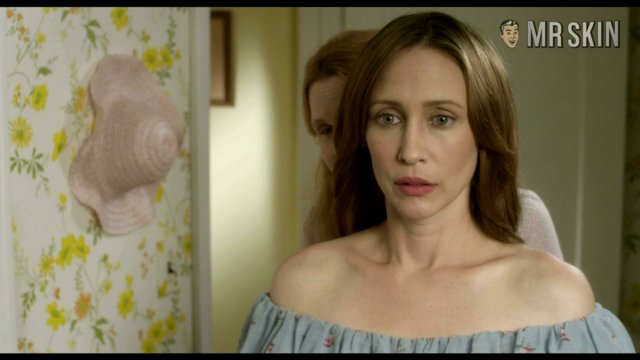 Vera Farmiga makes her directorial debut with the religious drama Higher Ground (2011). Vera also stars as Corinne, a woman living in a fundamentalist religious community in 1960s New York. Corinne has lived her entire life in the shadow of the church, but while her best friend Annika (Dagmara Dominczyk) is speaking in tongues and her husband Ethan (Joshua Leonard) is convinced the Lord saved them from a bus crash, Corinne has doubts that she just can’t shake. When a tragedy compels Corrine to voice those doubts in her ultra-conservative church, the entire community moves to reject her. You’ll be singing songs of praise when Vera strips to black bra and panties and then imagines Dagmara Dominczyk licking frosting off her foot in forbidden fantasy sequences. That’ll raise your steeple!