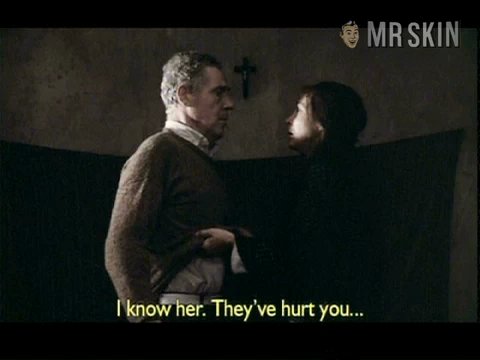 When it comes to hotties with nearly unpronounceable names, Guðrún Gísladóttir stands head and shoulders above the rest! Born in Iceland in 1954, she began her career in the late 70s with a role on the TV series Undir sama þaki (1977). Since that time, she has worked very sporadically, though she has made some notable films like the Björk vehicle The Juniper Tree (1990) and the horror flick Reykjavik Whale Watching Massacre (2009). Her most skinsational role of all came in just her second film, The Sacrifice (1986), where she bared some sensational side boob, though there's an unfortunate shadow in the screen cap! Check out the video for maximum sexposure! Guðrún Gísladóttir is so hot, she could make Iceland melt!