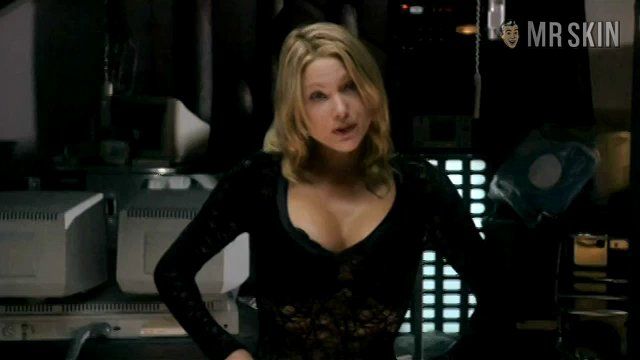 The Thing Below (2004)
Sexy, underwear Gianna Patton is skintastic in this sexy scene!

Five-foot-nine-inch tall, 34DD-25-35 Amazonian blonde Gianna Patton has worked as a make-up artist, but it’s her work in front of the camera that’ll make you up. She’s never shown her things below, even though she’s appeared in the thriller The Thing Below (2004). But then she’s never shown her things above either and has yet to be cast in a movie by that title. Her big, fake tits want their close-up. Just check her out on the HBO series Huff, where she’s walking the streets and her nipples are struggling to break free from her tight top. Let’s hope they win that battle.