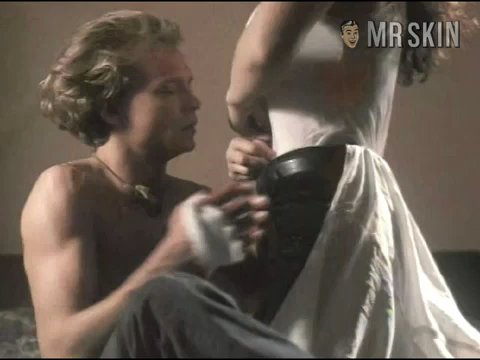 The Devil's Keep (1995)
Sexy, underwear Gathering Marbet is skintastic in this sexy scene!

Raven-haired hottie Gathering Marbet astounds audiences with her beauty in films as well as television. This curly cutie has enjoyed guest spots on several shows, including The West Wing, ER, and Cold Case. She's also gathered accolades for her work in such features as The Devil's Keep (1995), Favorite Son (1997), and Jekyll (2007). In the former, she takes off her top revealing her mighty mountain peaks in a SKINfortunate white bra. Too bad Miss Marbet never bared her mondo marbles!