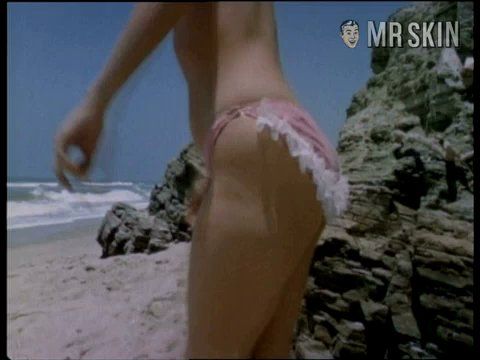 Fresh faced blonde Diane Young appeared in a couple of different films during the 1960’s. Interestingly enough her one major acting role came in an episode of the TV series Room 222 (1969) while her one major nude scene actually came in a documentary titled Mondo Topless (1966). In this doc Diane hits the beach wearing only a bikini bottom and shows off some of her best moves sans top. She shakes, shimmies and does the steps of the day while we focus on her headlights that jiggle, wiggle, and bounce away! As the 1970’s came around, Diane moved on to new things, but her sexy trip to beach for some boobtastic fun in the sun in Mondo Topless will no doubt leave you with a Mondo Throbo!