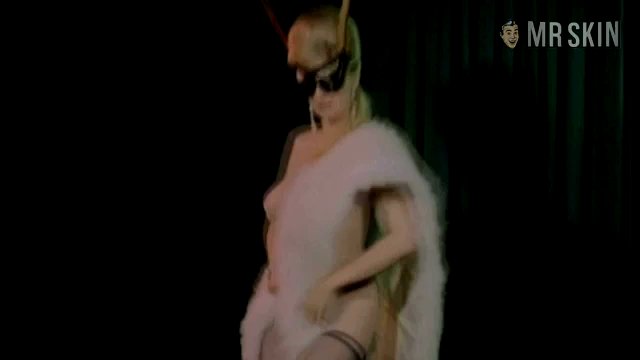 Mondo Topless (1966)
Nude, breasts 00:46:40 Abundavita is awesomely over-abundant when she shakes her huge boobs while dancing in a mask.

Abundavita is not really an act-chest, she’s more of an entertainer, a performer, and her work has been captured on film, but in documentaries. She’s just being herself, you see, and herself is naked, a lot. That was first documented in Europe in the Raw (1963), where she plays herself, billed as Berlin’s Bosom Bountiful with White Fur. But what else would you expect from the Russ Meyer-helmed heater. The truth is the matter, that’s it for her film history, though she did appear in a segment of the famous Meyer tribute to the breast, Mondo Topless (1966), but her striptease in a mask with white fur is, you guessed it, culled from the earlier movie. Who cares, really? Now we can jerk off twice as much!

8 Pics & 1 Clip
Nude, breasts 00:46:40 Abundavita is awesomely over-abundant when she shakes her huge boobs while dancing in a mask.