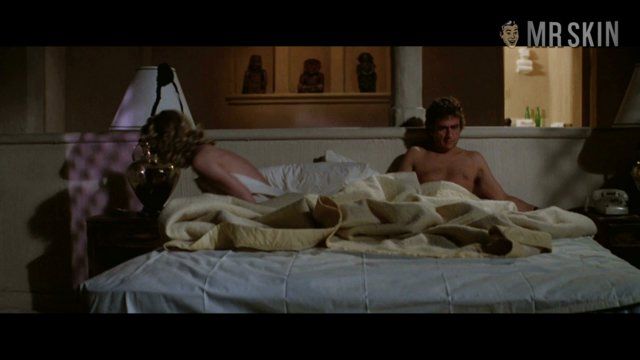 10 (1979)
Nude, butt 01:11:11 Dee displays her derriere a few fleeting times while gathering up her clothes after some horizontal hokey-pokey action with Moore.

Dee Wallace-Stone's honey-blonde good looks are a classic all-American mixture of sensual yearning and knowing innocence that makes a tremendous first impression. Dee's is the kind of natural beauty, entitled yet corn-fed, that has fueled the immensely profitable image factories of designers such as Ralph Lauren and Tommy Hilfiger. After one quick sighting of Dee on a 1975 episode of The Streets of San Francisco, she was plucked from thousands and placed in contention for ever-lasting fame. She can be seen in such enduring 1970s classics as The Stepford Wives (1975) and The Hills Have Eyes (1977). Although she would later pop up in E.T. the Extra-Terrestrial (1982), Dee peaked in 10 (1979), offering a peek of her USDA prime ass. If she'd shown more, Dee Wallace-Stone might have become Farrah Fawcet. As fate had it, she was relegated to a series of "mom" roles, then faded away.

5 Pics & 1 Clip
Nude, butt 01:11:11 Dee displays her derriere a few fleeting times while gathering up her clothes after some horizontal hokey-pokey action with Moore.

The New Lassie - as Dee McCullough

Together We Stand - as Lori Randall