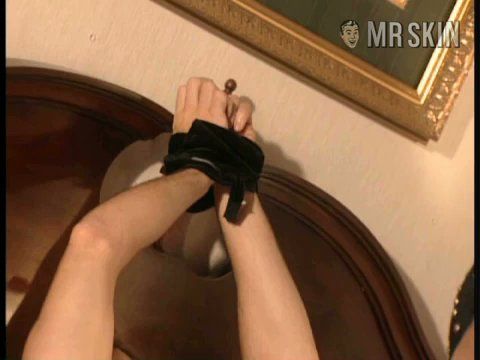 After working as casting director and associate producer on Fugitive X: Innocent Target (1996), a made-for-TV action movie featuring David Heavener and Robert Z'Dar, multi-talented knockout Deborah Seligman decided to get in front of the camera. The next year Deborah displayed her chesticles as a topless stripper grinding on top of some tied-up dude in an episode of the Showtime softcore comedy series Hot Springs Hotel. She has since moved on to other things, but now that the series has been released on DVD, her single topless scene will live forever.