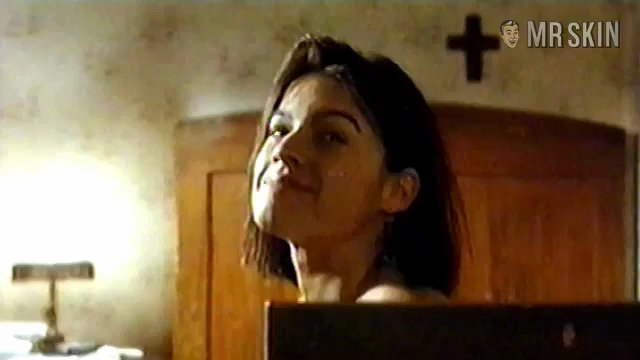 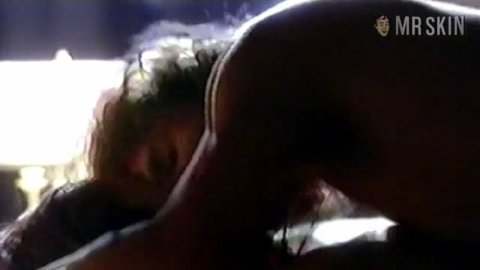 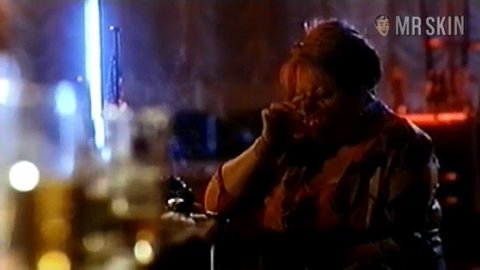 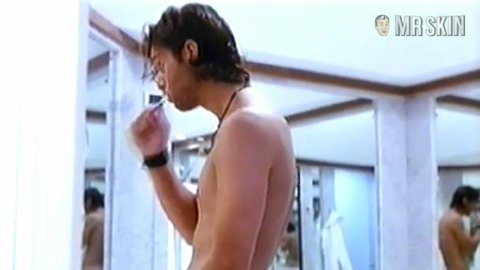 Deborah Falconer was married to Robert Downey Jr. Besides an ex-heroin habit in common, the two share an offspring, son Indio. Now divorced, though on good terms with Downey, Deborah is putting her money where her chest is, as a singer/songwriter, and released a debut album on her own independent label. She has also led a successful acting career, debuting in The Wrong Guys (1988), playing "John Densmore's girlfriend" in The Doors (1991) and a bit part in Robert Altman's Short Cuts (1993), which was also her final screen appearance. Before Deborah checked out and sobered up, she managed to flash her itty-bitty titties in the German-made Mr. Bluesman (1993). This Falconer is sure to melt your snowman.