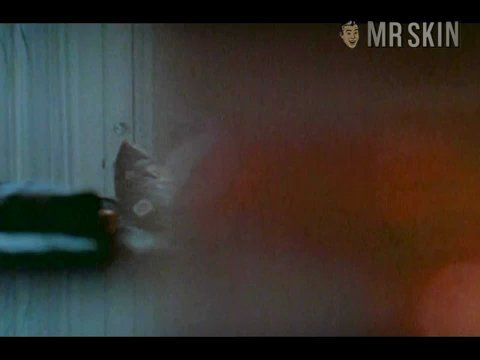 The Contract (2002)
Sexy, thong Danielle Carin is skintastic in this sexy scene!

girl on top black panties making out tattoo on couch

Danielle Carin is one of those lifers. The cute blonde has been acting since the age of five. She studied with such hot shots as Gene Frankel and Stella Adler, but neither of these so-called professionals gave Danielle the most important tidbit of information about being an actress: Show a bit of your tit. The beauty has yet to reveal her hidden talent. She’s been on the boob tube in Law & Order and as voice talent on the MTV cartoon Daria, but for a more adult look at Danielle check out the thriller The Contract (1999). Danielle doesn’t get naked, but she looks sexy. It’s not a total loss, however, as Camilla Overbye Roos is nude in the shower and in a reasonably explicit sex scene. Maybe skingy Danielle picked up a few tricks from Camilla on set that she’ll use in years to come.