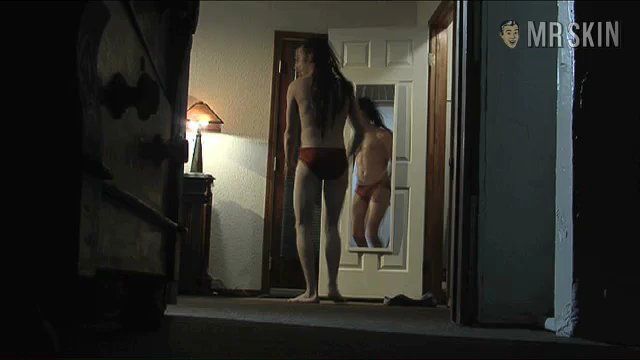 Horror in the Wind (2008)
Nude, breasts 00:47:40 Courtney will ring your Bell when she shows upside-down dairy bombs doing yoga topless. 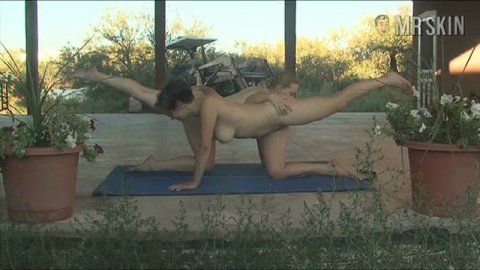 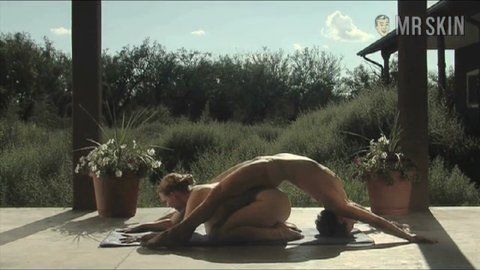 Horror in the Wind (2008) Nude, lesbian, breasts, bush 00:57:08 Naked-girl-girl yoga goes wrong when Courtney hurts her back. Great views of her frontal fur and Jiji's left boob during the pose, though! 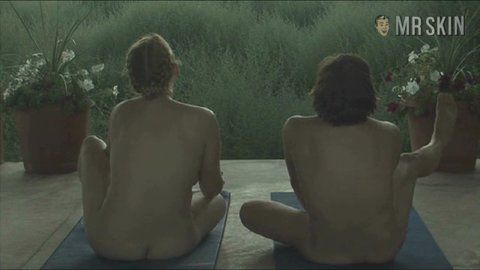 Horror in the Wind (2008) Nude, butt 01:25:05 Both babes bare booties (Courtney's the brunette) while doing yoga outdoors while impregnating themselves with turkey basters. You read that right.
+6
More Pics &
Clips >>

Indie movie babe Courtney Bell has spent most of her career appearing in sort films like Orange Barrels from the Phobosphere (2003), The Chronicles of Nunchuck Guy (2006), Onion Underwater (2006), and Anyone Who's Anyone (2007). In 2008 Courtney landed a role in the low-budget sci-fi comedy feature Horror in the Wind (2008). Courtney plays a woman who is turned into a lesbian by an airborne mutagen and goes fully frontal when she intertwines her nude body with Jiji Hise doing some Sapphic yoga. Ring her bell, Courtney!