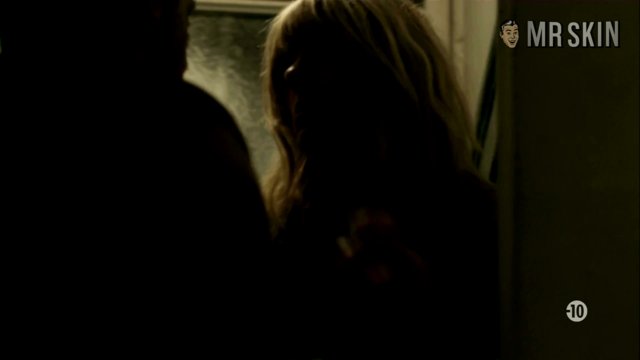 Dame de sang (2013)
Nude, breasts Cute blonde Charley is getting dry humped against the wall, then her man goes down for a mouthful of mammage.

French actress Charley Fouquet has been featured in a number of films that span the international market. She began her career after professional acting training by playing a small role in the 1997 film Le ciel, les oiseaux et ta mere, following it by doing a lot of TV roles for both movies and series. She also claims to love doing plays in theater in addition to her screen work. Currently she still works primarily on TV shows, but you may recognize her from parts in movies like the 2006 Pink Panther remake, A Girl Cut in Two (2007), or Delicacy (2011). In the 2013 film, Dame de sang, Charley’s involved in a racy sex scene. When a guy begins to take down her top, a few seconds of up close left boobage graces the screen. And there’s plenty more where that came from, hopefully soon to be revealed in the years to come.

1 Pic & 1 Clip
Nude, breasts Cute blonde Charley is getting dry humped against the wall, then her man goes down for a mouthful of mammage.