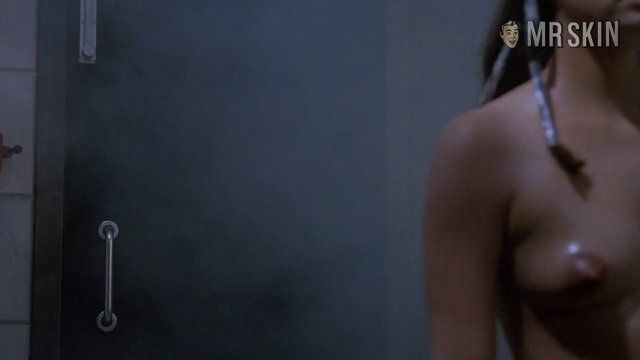 Catherine Chevalier started her career out inauspiciously enough as “French Girl” in the 1985 soccer movie Dutch Girls. (Sounds boring as Hell, doesn’t it?) Shortly thereafter, she landed a bit part in the Dennis Hopper sci-fi flick Riders of the Storm, but it was her turn in 1988’s Hellbound: Hellraiser II that finally made her face a smidgen recognizable to the American public. After another small role in 1988’s Stormy Monday, Catherine again appeared in a Clive Barker-inspired horror flick, 1990’s Nightbreed, which was sadly her final film before she forever slipped into the ether of obscurity. However, she went out with a bang, showing off her breasts for the only time in her all too short career.