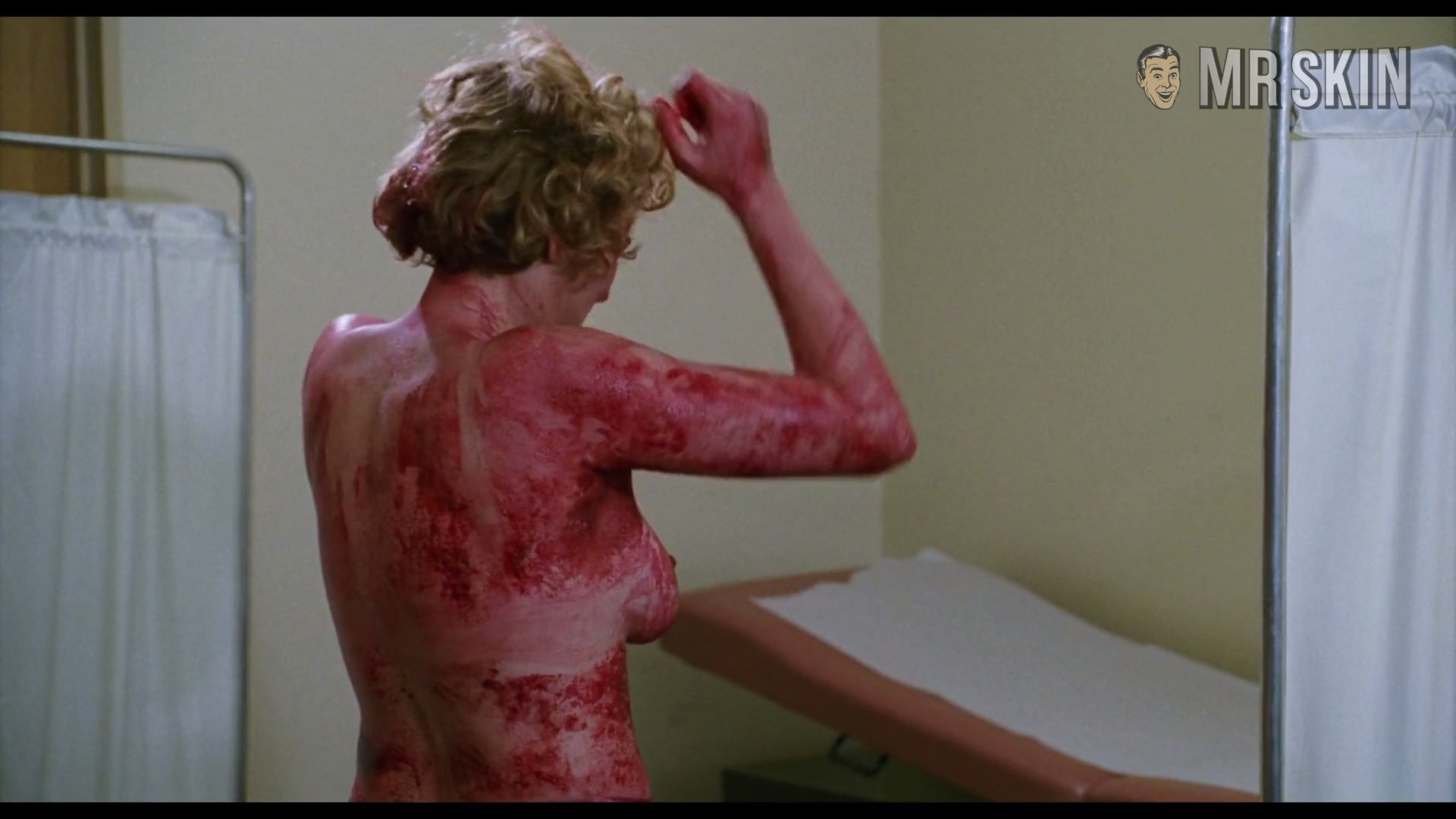 Candyman (1992)
Nude, underwear, breasts 00:47:47 Only dear sweet Virginia could look so scorchingly hot weeping and covered in blood as she peels off her bra and shows a little bit of that scrumptious righty.

Chicago’s notorious Cabrini-Green housing project proves an expressive horror playground for famed producer Clive Barker in the hit urban creeper Candyman (1992). Based loosely on an urban legend about a nineteenth-century black serial killer with a hook for a hand, Bernard Rose’s film follows a pair of University of Illinois researchers (Virginia Madsen and Kasi Lemmons) as they explore the dark, dangerous corners of the Near North Side’s towering landmark. The Windy City’s own Madsen is undoubtedly a major draw, as she staves off the ghostly monster’s advances while giving viewers a ripe eyeful.