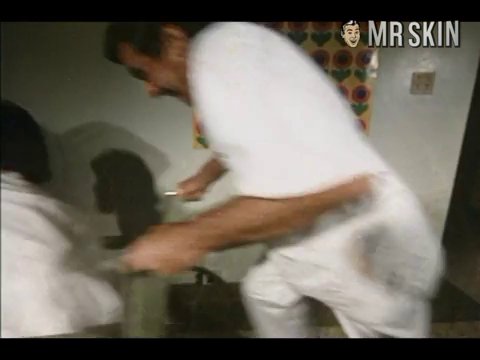 Night Call Nurses (1972)
Nude, breasts, butt 00:23:00 Barbara bares her boobs and butt while traipsing around the nurse's station in the nude...

Long before he was an A-list director behind titles like The Accused (1988) and Unlawful Entry (1992), Jonathan Kaplan worked for Roger Corman--and you know what that means: Somewhere back in the shadows of Kaplan’s filmography, there’s bound to be bare boobs! A year before he’d unleash The Student Teachers (1973), Kaplan made his debut with a seriously breast-laden movie titled Night Call Nurses (1972). It’s amazingly easy to ignore the stock plotlines and silly dialogue, because this movie features onscreen nakedness from over a half-dozen honeys. One of them was bubbly blonde babe Barbara Keene. She taunted us with some T&A before vanishing from skinema forever. (Except for fifteen years later when she bounced back up in something called Midnight Intruders [1987], a movie we’re unfamiliar with and must therefore be nudity-free--or really obscure.)

5 Pics & 1 Clip
Nude, breasts, butt 00:23:00 Barbara bares her boobs and butt while traipsing around the nurse's station in the nude...
Live Cams - View all