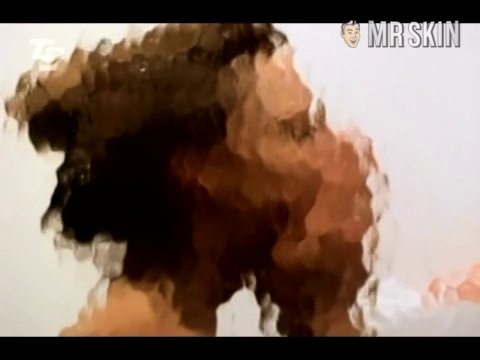 Backtrack (1991)
Nude, breasts, butt, bush 00:44:00 EURO VERSION: She serves up some sweet full frontal--unfortunately distorted behind the frosted glass of the shower door, but makes up for it by giving a clear view while grabbing for a towel.

Backtrack (1991) is the story of conceptual artist Jodie Foster, who witnesses a mob hit and ends up with a price on her head greater than any of her works of art. Everyone's a critic! But this postmodern Picasso has got gams and knows how to use them as she goes on the lam after a botched murder attempt. Super hitman Dennis Hopper, who also directed, tracks her to New Mexico, where he falls in love with the damsel in dis-dress. Who wouldn't go ga-ga for the gorgeous gal, especially when she shows everything she's got in a shower scene followed by a nude stroll to dress herself in some sheer lingerie? Baby's got Backtrack!