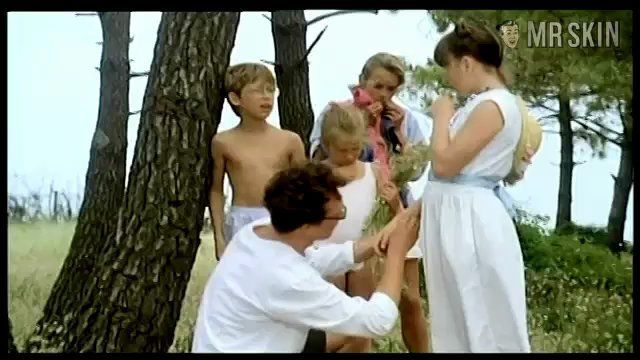 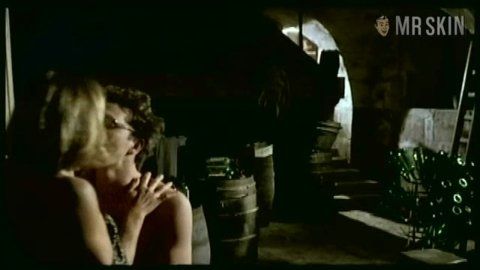 For Anne Guinou it all started with Les maris, les femmes, les amants (1989), a French comedy drama about cheating husbands and summer vacations and, well, nudity. Right? It is a French film after all, and Anne is a French act-chest. That’s like the perfect storm for skin. And you’ll rained down cats and dogs of sperm watching this sexy feature. Since then Anne has been not exactly prolific. A few years after making the film she started to appear on the French boob tube, first making a guest appearance on the TV series Les cinq dernieres minutes and then cast in the TV movie Eugenie Grandet (1994). And since then, nothing. Bring back the storm, please.

2 Clips
Nude, breasts, bush 01:05:00 Peep through the bushes and see . . . bush! Anne gives good frontal when she changes in the woods.
Nude, breasts 01:06:00 Just the faintest, briefest hint of right kajoob is seen during a dimly-lit makeout session.
Live Cams - View all