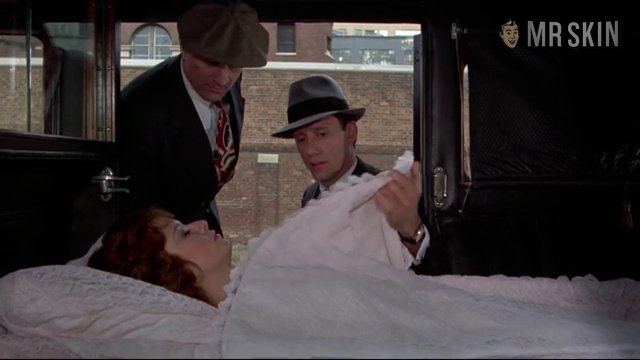 If we've said it once, we've said it a thousand times. If you're only going to appear in one film, you've got to make the most of it! Ann Neville certainly took this lesson to heart when she appeared in Sergio Leone's epic Once Upon a Time in America (1984). Ann appears in the film as Girl in Coffin, and anyone who's seen the film knows just how memorable her appearance was! Ann appears fully nude, laying in a coffin, showing off her sensational skin sacks and snizz as James Woods and Robert DeNiro inspect her body! We have no idea what happened to Ann after her role in this film, but we hope that wherever she is, she's still delighting someone with her spectacular body. It's certainly delighted us to no end!