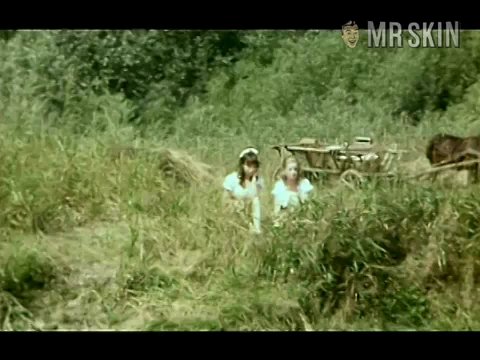 Large-breasted blonde German Angelica Ott knew she had a body suited for one purpose, getting men off, and so she’s worked hard to get you hard. That began with Playgirls of Frankfurt (1966) and carnally continued with The Devil’s Girls (1967), Sixty Nine Games of Love (1968), and Sex Is Pleasure (1969). But the hairy palms at Skin Central have a special place in their heart-ons for the comedy The Blonde and the Black Pussycat (1969), where Angelica skinny-dips with another naked lady. Only a few years later her career ended, and as a result erections would never be as hard.