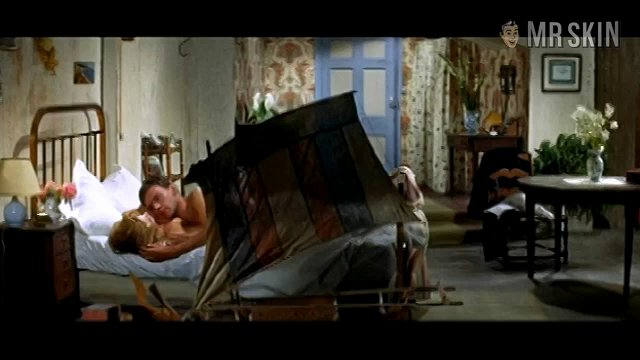 Director Roger Vadim cast his then-wife, Brigitte Bardot, in the blue-ball classic of man-teasing perfection And God Created Woman (1957). Shot on location in St. Tropez, Brigitte burst on the sexy scene in this moving, walking, talking centerfold of a movie. Brigitte has one problem: she can't commit. But that doesn't mean she doesn't enjoy sex. Lots of it. Oh, except having it with the man she married. And this is the '50s we're talking about! Woman caused a scandal upon its release and was condemned by highbrow French critics and religious leaders around the world--thus guaranteeing that crowds would beat down theater doors for over a decade to get a look at it!