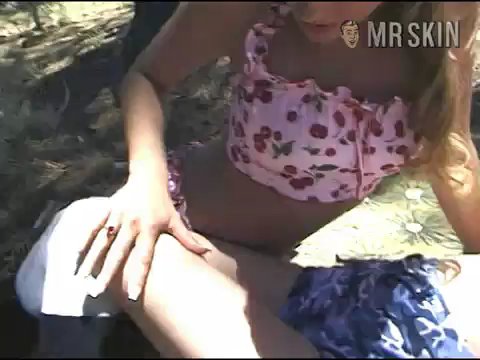 Luscious L.A. glamor goddess Alexus Winston began her rise to skin stardom as the Miss November Penthouse Pet in 1997 and has since become one of the magazine's most requested supernudes, strutting her stuff and spreading her charm in several issues, where her striking emerald eyes and quarter-bouncing tight frame have made her a steady staple in the American male diet. It's no surprise that she's programmed her best bits and bytes into a lucrative Web modeling career, where she can be found in fine form on her own site or in computer-crashing spreads on Danni Ashe's site, including hot cyber scenes with Asia Carrera and Aimee Sweet. In fact, her hot factor is so high she's making moves into the mainstream as well, serving as pitchwoman for a brand of Horny Goat Weed, as well as a stint as correspondent for E! Entertainment Television's Wild On... series. But if Alexus's PG-rated fare is too tame for tawdry tastes, she also appeared minus the miniskirt in some low budget productions like Survivors Exposed (2001) and Bare Wench Project 2: Scared Topless (2001), where she returned to her roots in roles better suited to wearing no suit at all.