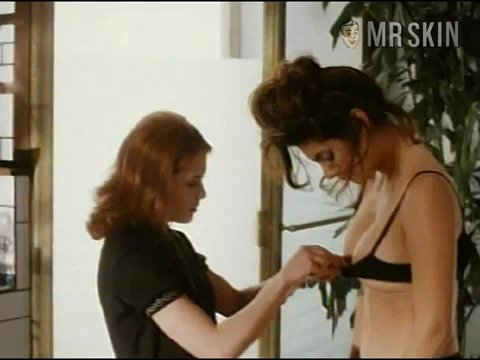 Amanda and the Alien (1995)
Nude, breasts, butt 00:24:00 Nice look at Allie's gorgeous bongos and buxom behind as she's getting into the shower. 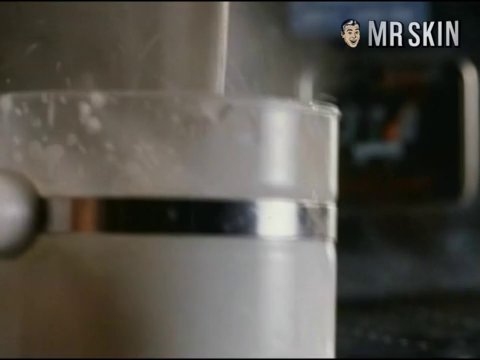 Amanda and the Alien (1995) Nude, breasts, butt 00:35:00 Boobs again and some side-angle shots while Alex has some naked sex. Then breasts again before Lycanthroping. 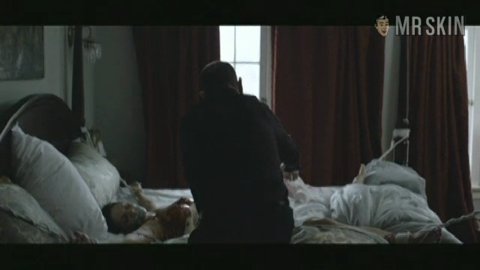 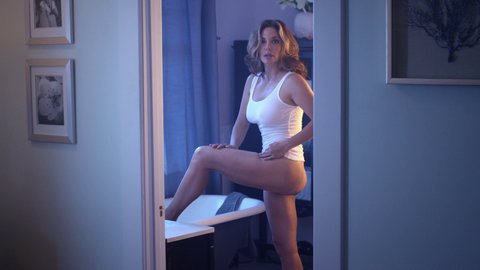 Alex Meneses is one hot Hispanic hoochie-coochie, and it shows in the roles that she has been offered. They almost always involve characters of Latin roots and sexy ways. She's actually a mix of Mexican and Ukrainian, which is a rather combustible combo. Her big debut was in the made-for-cable sci-fi comedy Amanda and the Alien (1995), in which she got rather naked. Most of the shots are just boobs, but there is a fleeting shot of her spicy ass if you care for a brief taste. She then went on to appear in Kissing Miranda (1995), in which she played the title role, who is (surprise!) Hispanic and (surprise again!) naked. After that, Alex portrayed the small-time hood Cleopatra in the crime drama The Immortals (1995). Then, Alex was fortunate enough to land another saucy Spanish role on the hit series Dr. Quinn, Medicine Woman, where she stayed put for two seasons. Alex hasn't given up her love of skin. In Auto Focus (2002), she played an exotic dancer who showed Hogan's Heroes actor Bob Crane the path to depravity with a nipple slip along the way. Also check out the series Hot Line for her role in the episode titled "Payback," in which she shed her inhibitions, as well as her clothes, for a few lust-worthy scenes. Payback is a bitch!

6 Pics & 1 Clip
Nude, breasts 00:25:56 Alex Meneses has a very unbuttoned blouse to show off cleavage and bits of nip!