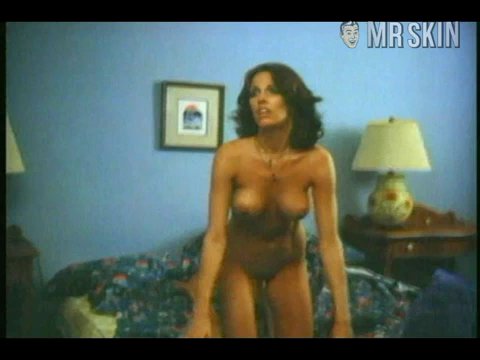 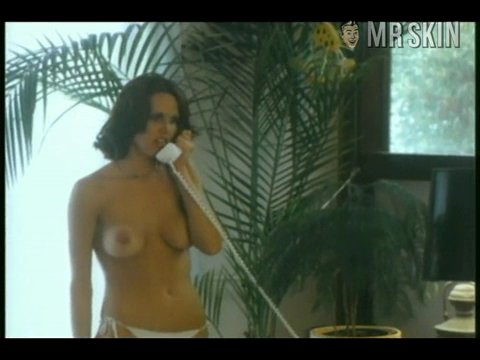 If Victoria Taft is related to the President of the United States who shares her surname, she has thankfully not inherited any of that great man’s girth. He was, after all, buried in a coffin the size of a piano case. Victoria, on the other hand, makes us as big as a grand piano. She hits all the right keys in her debut as Cindi in the teen-sex comedy Sizzle Beach, U.S.A. (1981), also known as Malibu Hot Summer. The story of a poor little rich boy and the beauties he introduces to the lust life of Los Angeles is notable more for Victoria’s full frontal fur bush and gallon jugs. Her tush ain’t half bad either. After a bit part as a Bar Babe in Checkered Flag, the racy life was sadly over for our brunette hottie.

11 Pics & 2 Clips
Nude, breasts, bush 00:06:00 Victoria flashes some fabulous Floppers &amp; Fuzz as she sits up in bed and walks out to greet her new guests.
Nude, breasts, bush 00:57:00 Vicki delivers an encore helping of boobs and bush in the bedroom...and keep an eye out for the Magically Reappearing Bikini Bottoms!
Live Cams - View all