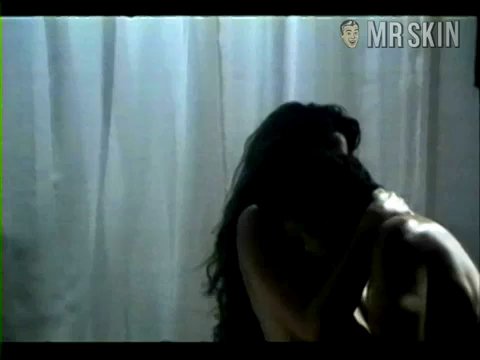 Tracy Kelly is a dangerous attraction, at least that the English translation of the Italian thriller in which she makes her debut, Attrazione pericolosa (1993). It’s got all the stuff in it you’d expect from such a film: car crashes, family tragedy, sex. Did we say sex? Yes, we did. Tracy also delivers on that thrilling component, making this not only her professional first, but the first time she’s broken through the skin barrier. That sound you hear are millions of men popping off. Those hard-ons went limp, however, as Tracy only appeared in one other film, Gatta alla pari (1994), which at least is a soft-core erotic feature, before putting her privates away, at least for professional purposes.