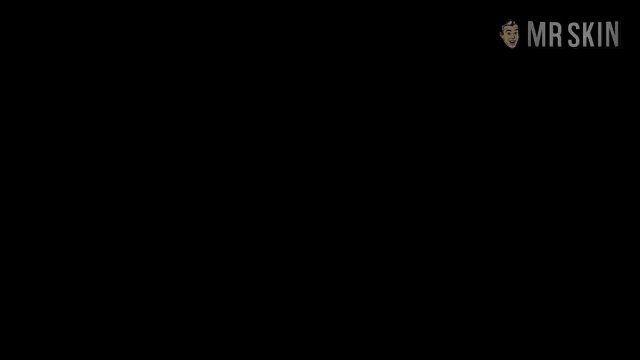 Tomorrow Never Dies (1997) is another installment in the shaken not stirred adventures of everyone’s favorite British spy, James Bond. This is the second outing by debonaire Pierce Brosnan, and, yes, he pierces aplenty. The heavy in this one is a media mogul, who looks and acts a bit like Bill Gates, and wants to sink a British frigate to steal a nuke. You see, like any mad genius, he thinks this will kickstart (this was before the Interest crowdsourced funding mechanism would make such an act of terrorism obsolete) a world war and buy him a foothold in Asia. For he who controls the information controls the something or other. We forget. The plot, frankly, is not our main concern. We’re interested in the Bond babes. Chief among them is the big-breasted Teri Hatcher, as the mogul’s wife, and Michelle Yeoh, who plays a Chinese agent and ex-Bond lover who teams up with 007 for some violent fun. The sexual fun is covered by Cecilie Thomson, who is supposedly teaching him Danish, but in bed it appears more like French stuff they’re doing.