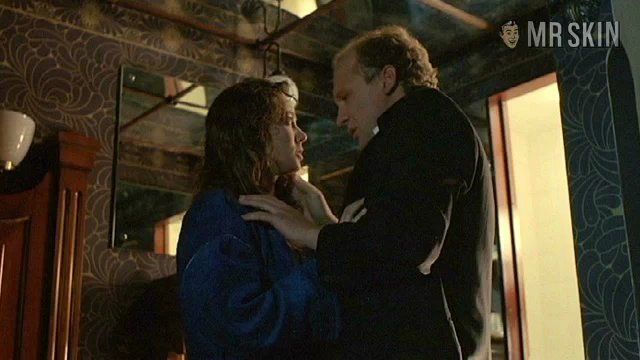 Born of Fire (1987)
Nude, breasts, butt 00:20:05 Suz's helpful man places her into the tub so that we might stare at her cute can and underwater boobage. 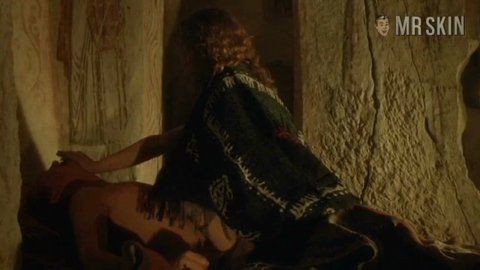 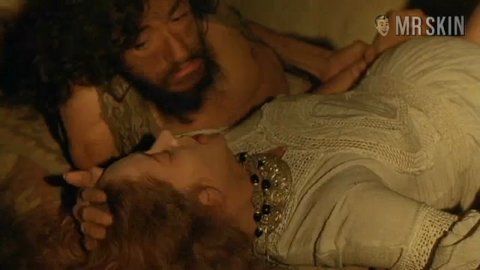 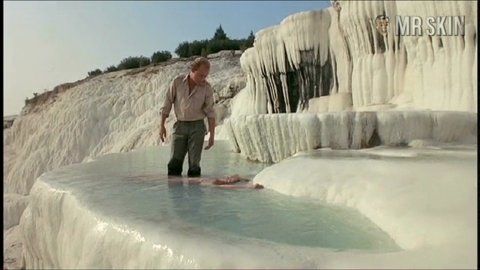 British babe Suzan Crowley first appeared in the 1981 living with polio drama Outside In. Throughout the 1980s Suzan acted in made-for-TV movies like The Disappearance of Harry (1982), Will You Love Me Tomorrow (1987), and Christabel (1988). And in 1991 she bared her breasts four times in the mystery mini-series Devices and Desires. It’s no mystery why Mr. Skin desires to use his device on Suzan.

12 Pics & 6 Clips
Nude, breasts, butt 00:20:05 Suz's helpful man places her into the tub so that we might stare at her cute can and underwater boobage.
Nude, breasts, bush 01:11:21 Crowley gives us full frontal while floating on her back. Those perky nips tell us the water's cold!
Nude, breasts 00:51:53 Suzan rides her gagged dude--she's wearing a wool blanket thing, but we can still see nice flashes of rack.
Nude, breasts, bush, butt 01:08:50 Ms. Crowley's man places her nude, dead (?) body into an arctic pool. Looks cold, but her three B's are hot, hot, hot.
Nude, butt, breasts, bush 01:17:50 Several incredible, slo-mo angles of Suz's completely naked body as she takes a jump off a waterfall an into a lake.
Nude, bush 01:04:05 Fake preggo belly sits atop big, fluffy, real bush as Suz screams in bed.

5 Pics & 4 Clips
Nude, breasts Long shot of super sexy Suzan emerging from the surf, sans bikini top.
Nude, breasts Plenty of choice left chesticle action when Suzan answers the phone in bed.
Nude, breasts Dead and delicious! Suzan's bod is discovered lifeless in the woods. Her boobs will give you a stiff one!
Nude, breasts Crowley will make you howly from her hottness--she's still playing dead, but the view of her left boob is lively!

The knock - as Nicki Lucas

A TV Dante - as Lucy