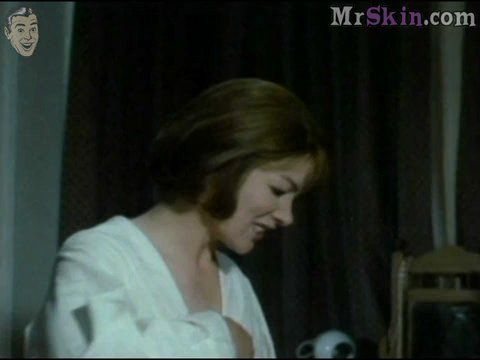 Before there was Kate Jackson, Harry Hamlin and Michael Ontkean in Making Love (1982), there was Sunday Bloody Sunday (1971) with Peter Finch, Glenda Jackson and Murray Head. And nobody laughed this one out of the theaters, either. Jackson--who was then pioneering the concept of classy actresses comfortable with nude scenes--is enjoying having Head in bed. Too bad that homosexual doctor Finch is also eager to have Head on a Saturday night. It’s just another segment on Jerry Springer now, but there was a time when this was controversial dramatic material. The cast does a fine job with the subject matter, too. Caroline Blakiston also shows up, just so that Glenda won’t be the only naked woman in the movie.