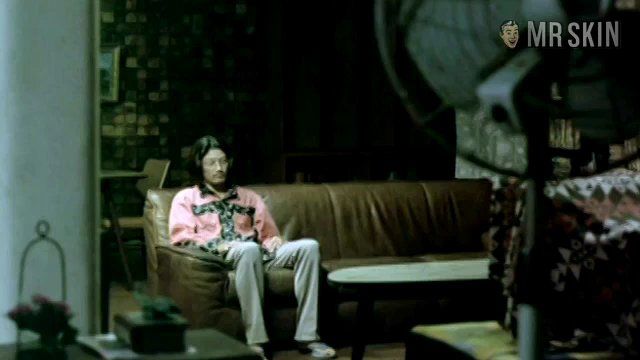 Last Life in the Universe (2003)
Sexy, underwear Sinitta Boonyasak is skintastic in this sexy scene!

Thai actress Sinitta Boonyasak was born in 1979 and was famous initially for her roles on TV soap operas. She has a younger sister named Laila Boonyasak who got into modeling and acting, and inspired her older sister to take an acting course at Bangkok’s Prasanmit Univiersity. This course helped her hone in on the craft of acting. For a while all she did was host a TV show, until eventually she got offered a part in a major motion picture, which made her decide not to quit the biz. This movie was Last Life in the Universe (2003), and it’s a good thing that she got this gig, otherwise we wouldn’t have the awesome underwear content from Sinitta. In one scene she walks around a living room, sometimes sitting next to an idle dude, other times treating the room like a runway. She appeared in a few other movies, for instance A Moment in June (2008).