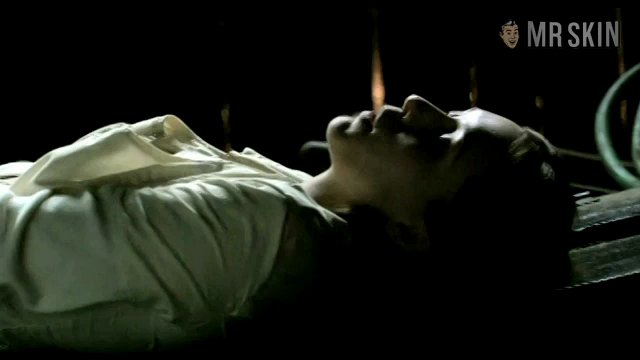 Not every starlet is drawn to the palm trees and plastic tits of Hollywood. After Shelley Bennett graduated she moved to the East Village in New York City and hit the stage. The Indiana native made her first foray into the larger world of entertainment via a Levi's commercial, which led to daytime soaps, such as All My Children and a recurring role on As the World Turns. But Shelley really started to turn heads when she appeared in The Hollow (2004), opposite Stacy Keach, Judge Reinhold, and Eileen Brennan. The horror movie finds her holding a common prop, a severed head, while one of her nips sneaks out from her open shirt. Imagine that, a topless girl holding a bottomless head.