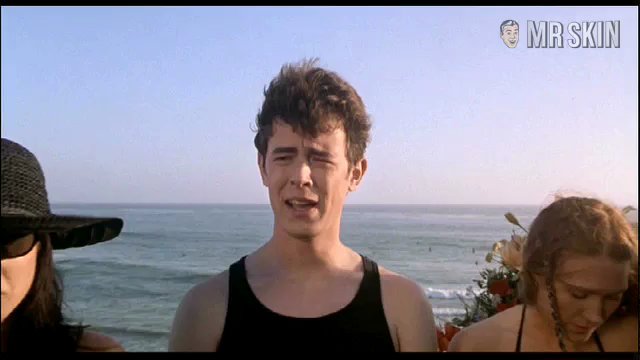 Schuyler Fisk is the offspring of Oscar-winning actress Sissy Spacek and notable Hollywood heavyweight Jack Fisk. It's no surprise then that she got her big acting break (outside of high school theatrical work) when Dad gave her a bit part in his black comedy Daddy's Dyin'... Who's Got the Will? (1990). Next, Sissy slid a small role her lovely little girl's way in The Long Walk Home (1990)--and a future star was born. Unfortunately, most of Schuyler's career has been spent in family-oriented fare such as Trading Mom (1994), The Baby-Sitters Club (1995), My Friend Joe (1996), and Snow Day (2000). She's all grown up now, though, so her parts are starting to take a more adult turn--not that she's seen fit to flash any flesh onscreen like her skin-happy mama. Until she gets around to that magic moment, we'll just have to enjoy her bikini-clad turn in Orange County (2002) opposite fellow wunderkind Colin "My Daddy's Tom" Hanks. Mr. Skin knows she's hiding something . . . don't make us Fisk you, Schuyler.