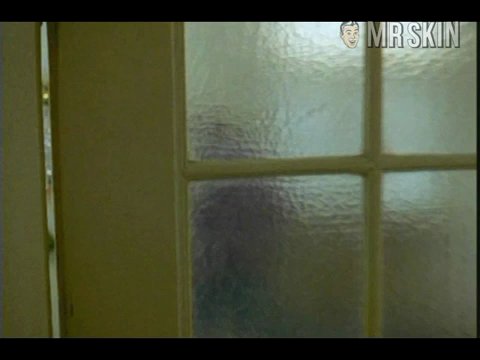 Satansbraten (1976)
Nude, breasts, butt, bush 00:26:00 A nice ass-shot as Lo's bent over a bathroom sink about to get doinked by a dork, then extensive fur and funbags when some blustery bastards burst in and ruin the fun.

Satan's Brew (1976) isn't a six-pack of the Devil's beer, but this German black comedy will get you drunk on some fine flesh. The story revolves around an anarchist poet who's strapped for cash and pursues all crazy manner of funds to survive. He hooks up with a hooker as possible material to break his writer's block, which it does, but his wife identifies the poems as coming from a famous homosexual-advocating mystic. This takes our man deep into the gay scene, where he's viewed as a celebrity. But don't fret, there's enough skin to keep the heterosexuals slaphappy. Katherina Buchhammer opens the movie in nipple-and-ass-crack-revealing bra and panties and deep-throats a pistol for the screwed-up scribbler. There's a cheeky scene from buttlicious Ingrid Caven, and Christiane Maybach goes topless in a library. Yes, Satan's Brew is one hell of a drink.