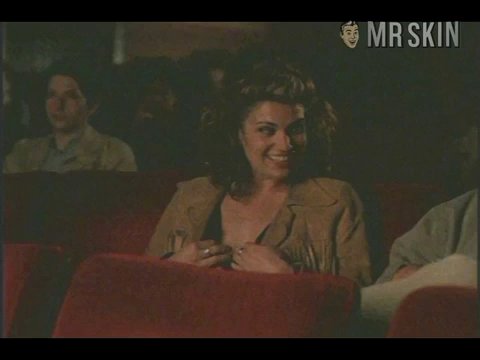 Further Tales of the City
Nude, breasts Bares her breasts sitting at the movies.

Sara Bradeen has a big smile, small breasts, and the kind of kinky brown hair that you want to run your fingers and other, harder digits through. She first appeared on the boob tube in The Tracker (2000) and then in Jackie Bouvier Kennedy Onassis (2000). In the latter she played Jean Kennedy, but fortune, if not fame, was destined in her next production, Further Tales of the City (2001), the sequel mini-series about homosexuality in pre-AIDS San Francisco. She played Jennifer Robinowitz and flashed her mini-matzo balls in a movie theater, proving that not everyone in San Francisco is an ass man.

Further Tales of the City - as Jennifer Rabinowitz