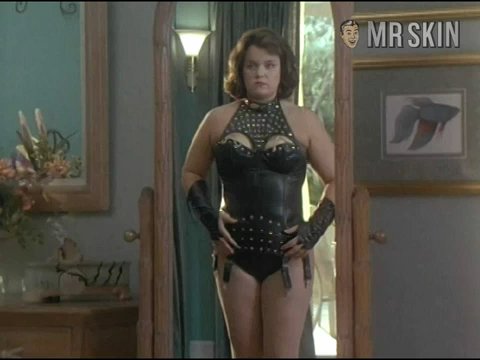 Exit to Eden (1994)
Sexy Rosie O'Donnell is skintastic in this sexy scene! 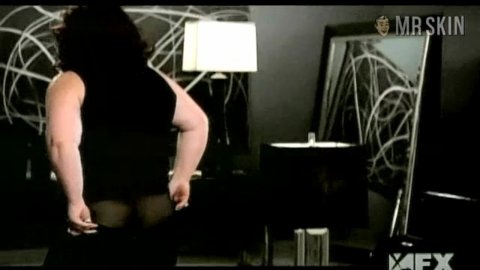 Some like 'em hot, some like 'em big. If you can't decide, then Rosie O'Donnell is your kind of woman. She started her career by losing to Rick Ducommun on Star Search, but you can't keep a large woman down, and she used her runner-up money to move out to L.A. and pursue her acting career. She vaulted into the limelight by appearing as a veejay on the fledgling VH1 network before she tried her hand at some serious acting and stand-up. For A League of Their Own (1992), she got to play ball with her pussy-eating pal Madonna. In the smash hit Sleepless in Seattle (1993), just being on the same set as the luscious Meg Ryan must have made this behemoth dyke's panties cream up. To get her fans' rocks off, she appeared in The Flintstones (1994) as Betty Rubble. But for all you tubby chasers, the cream is found in the fetish comedy Exit to Eden (1994). Rosie finally exposed her sexual side in a leather-and-latex outfit that left audiences craving a bite. She has since gone on to a successful daytime talk show and is now in semi-retirement. If she returns to the spotlight, then everything will be coming up Rosie.

All My Children - as Naomi

Gimme a Break! - as Maggie O'Brien

The Rosie O'Donnell Show - as Herself

Stand By Your Man - as Lorraine Popowski

The View - as Host