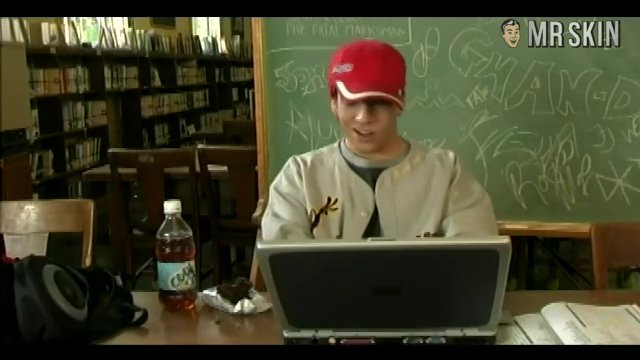 There's not much we know about Paras Alexandria, other than the fact that she is one smokin' hot babe presumably named after the City of Lights! With only one imdb credit to her name, she's something of an enigma, and even the lone imdb message board entry asking for more information on her has gone unanswered since 2005, so she's probably content to keep her origins a mystery. Paras' one and only screen appearance is a bit of a strange one, as she appeared in the rap comedy Grad Night (2006) with Coolio. Well, she technically didn't appear with Coolio, or anyone for that matter. She shows up on an internet porn video being viewed by some dingus in the school library. She flaunts her bod in a leather bustier and panties, spreading her legs and thrusting seductively, though she doesn't show any skin. If only there were more we could tell you about Paras, as she certainly lit up that guy's Eiffel Tower!