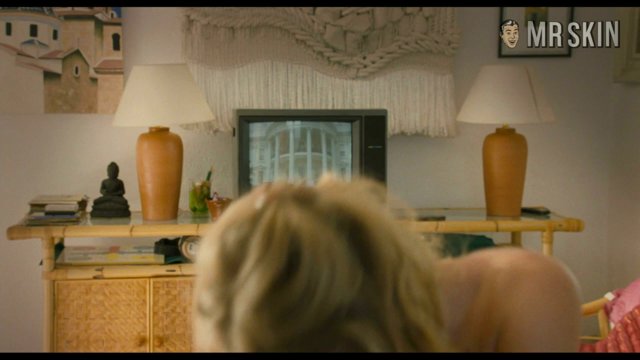 Rhys Ifans plays Howard Marks AKA "Mr. Nice", the Welsh drug smuggler whose empire was built on connections with the IRA, the Mafia and MI6 in the British biopic Mr. Nice (2010). Chloë Sevigny, who plays his second wife, shows us what's she's been smuggling under her bra and panties in a T&A-baring sex scene. Nice. Ms. Nice.