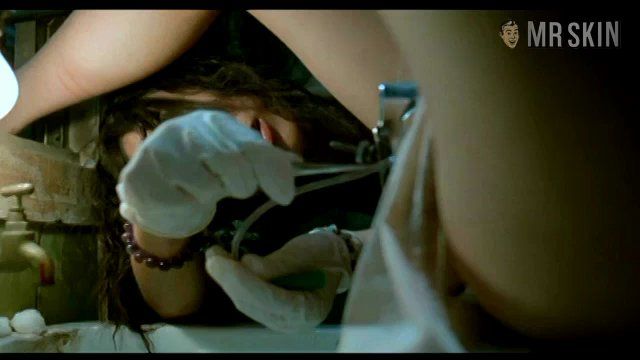 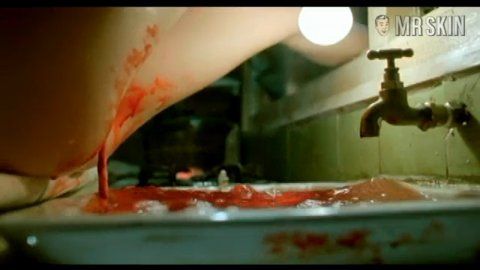 Miki Yeung is best know in Hong Kong as a cantopop singer. She’s also an act-chest. In 2002, she joined the musical combo Cookies. In 2005, her film b420 (2005) was awarded the Grand Prix Award at the 19th Fukuoka Asian Film Festival. Currently, she works as the TV hostess of the program Love Academy for the J2 channel. We’re partial to her segment in the omnibus Three... Extremes (2004), a trilogy of Asian horror films from indie directors.  She’s in the one called Dumpling, about a cook famous for her dumplings, prepared with a mysterious ingredient. Something that’s no mystery is Miki’s ass, which she flashes in a disturbing scene that sure to make you equally attracted and repelled.

4 Pics & 2 Clips
Nude, butt 00:39:00 A bit of butt is revealed when, aided by two other babes, Miki gets an abortion in a sink. Talk about "Extreme"!
Nude, butt 00:42:00 One more butt flash when the abortion is succesfully performed. This is some brutal skinnage, kids!
Live Cams - View all