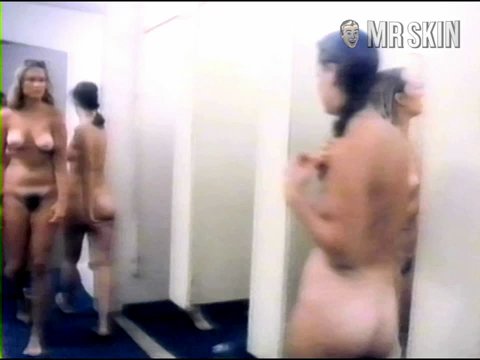 Margo Motter made the cinematic statement Let’s Do It! (1982) in her debut. The comedy speaks volumes in terms of her philosophy of skin. Like Nike, she just does it. What’s ironic is the storyline follows a guy who has a hot wife, but he can’t get it up. So is this a comedy or a tragedy? Tragic for the main character, but much better for us lucky viewers at home who get to what Margo and do it. From this Margo went on to playing a reporter in an episode of The New Mike Hammer TV series. From nookie to noir, but after that, nothing.

1 Clip
Nude, breasts, butt, bush 00:31:00 It's wool pie on parade! Motter and gal pals, starkers and 3 B'ed, the lot of 'em, enter the shower and hose it all down. Margo's the blonde in the stall next to Britt. Nice tan lines, Malibu Barbie.
Live Cams - View all