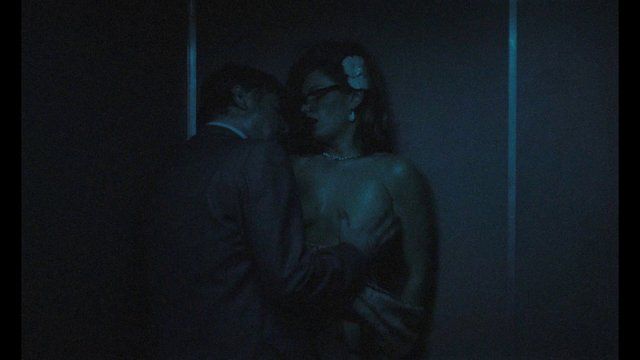 Liz Snoyink, although beautiful and talented as an actress can come, is woefully under appreciated here in America, mostly because all of her work has been in her native The Netherlands. Although she has shot to fame in such Dutch productions as Flodder, Odyssee d’amour, and The Night of the Wild Donkeys (I know. It’s just absurd…) her beginnings were quite humble, beginning with quite the bit part in 1981’s Hoge hakken, echte liefde. Thankfully, one of those bit parts, as “Woman on Lift” in the elevator-as-a-killer flick De Lift in 1983 offered up the finest ever looks at her ginormous globes. The lighting is not-so-good, as she is on the proverbial killer elevator at the time, but it’s most definitely worth checking out.