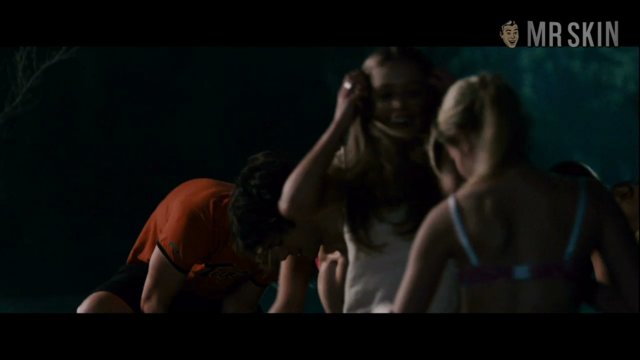 Before she landed a job as a suitcase girl on Deal or No Deal, brunette babe Lindsay Schoneweis played a high-school student in the gay comedy Almost Normal (2005) and appeared in Wedding Crashers (2005) and an episode of How I Met Your Mother. Following her stint on the game show, Lindsay was in two teen sex comedies: Miss March (2009) and Fired Up (2009), where she showed up in her underwear in a scene with Julianna Guill and L Word babe Kate French. That’s a deal, Lindsay!