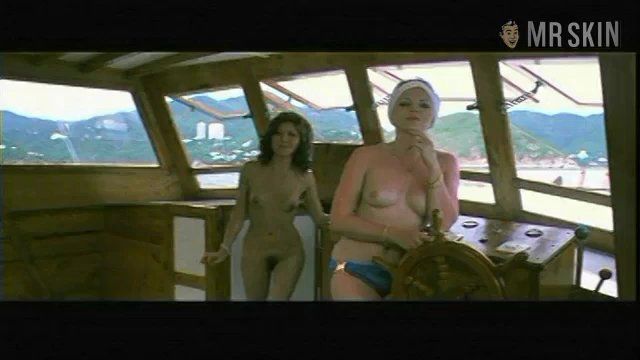 With a name like Linda Ho, you know this actress is out to please. Sure, you’ve got to pay for it, but it’s cheap. The price of a rental is all you’ll need. Start with La Fine dell’innocenza (1975), a far-out Far East sex tour that’s Linda’s only sexposure on film. It’s also known as Annie (not that Annie), Blue Belle, Emanuelle’s Daughter Blue Belle, and The End of Innocence. Linda’s full-frontal flash ended more than her innocence, it ended her career, which had been going gangbusters as the Asian in series such as The Wild Wild West and The Man from U.N.C.L.E. and movies such as Confessions of an Opium Eater (1962) and Hillbilly’s in a Haunted House (1967).