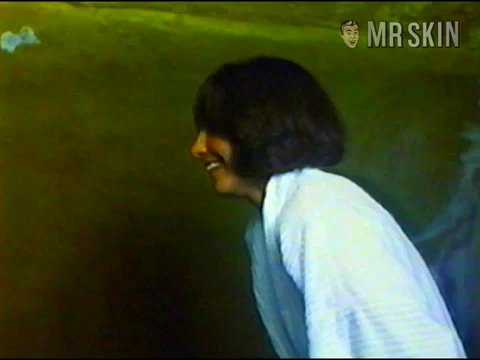 The Last Winter (1984)
Nude, breasts, butt 00:50:00 Kathleen gets naked when she removes her robe to go for a swim with Yona Elian. Nice ass shot! Was that a little rear 'burger? 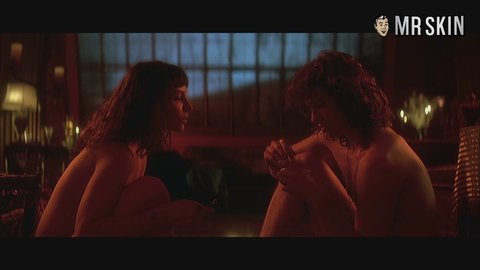 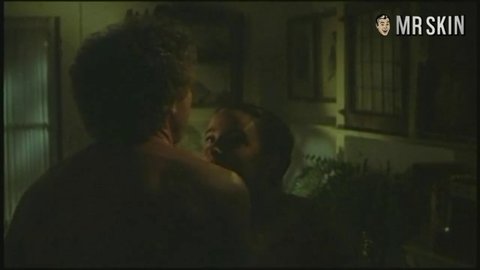 Sunday Lovers (1980) Nude, breasts, butt, bush 01:17:00 Kathy cans get plenty of screen-time as she chills with an equally naked Gene Wilder, followed by hints of the bush and buns near the end of the scene. 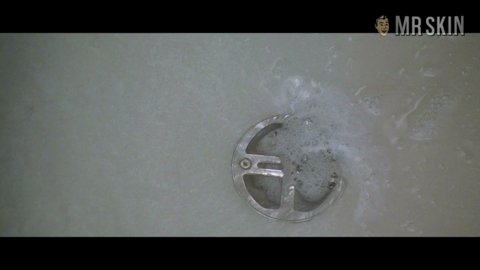 Kathleen Quinlan was plucked out of the classroom by director George Lucus while he was scouting for talent at her high school--good choice, Lucus. This busty brunette has that girl-next-door quality--if that girl was a lustful slut! She debuted in American Graffiti (1973), with a choice, one-line role as Peg. She was supposed to be the next big thing, but her career faltered after a turn as a multiple-personality head case in I Never Promised You a Rose Garden (1977). One of those personalities must have been a stripper, because this drama offered Kathleen's first skin and a hot bareback ride on a very happy horse. She followed that with a bevy of roles in less than stellar made-for-TV fare and lethargic cinema like The Promise (1979) and Hanky Panky (1982). For some real hanky panky, check out her performance as the tripped-out reporter who weds Jim Morrison in a satanic ritual in The Doors (1991). Kathleen got starkers with Val Kilmer in an orgy of satanic delights. After that she went on to parts in An American Story (1992), Applo 13 (1995)--for which she garnished an Oscar nomination--Breakdown (1997), and Event Horizon (1997). What her nude scenes lack in duration, they more than make up for in sinful potency. Even a brief view of her top-heavy frame diving into a pool and several fanny shots in The Last Winter (1984) will warm the cockles of your hard-on.

7 Pics & 2 Clips
Nude, breasts, butt, bush 01:17:00 Kathy cans get plenty of screen-time as she chills with an equally naked Gene Wilder, followed by hints of the bush and buns near the end of the scene.
Nude, breasts 01:25:00 Sweet side-angle cannons as Kathleen and Gene get cuddly by the fire.

I Never Promised You a Rose Garden (1977) - as Deborah Blake

5 Pics & 3 Clips
Nude, breasts 00:27:39 Crazy-girl Quinlain shows her booblets as a hospital orderly changes her gown.
Nude, breasts, bush 00:52:15 Kathleen hallucinates that she's riding a horse while topless (though the shot is hard to make out), before we see a nice breastular close-up and flash of 70's bush while she makes out with a guy. Potential body double.

Project Greenlight 2 - as Herself